Fruits are booming this harvest season around Durango 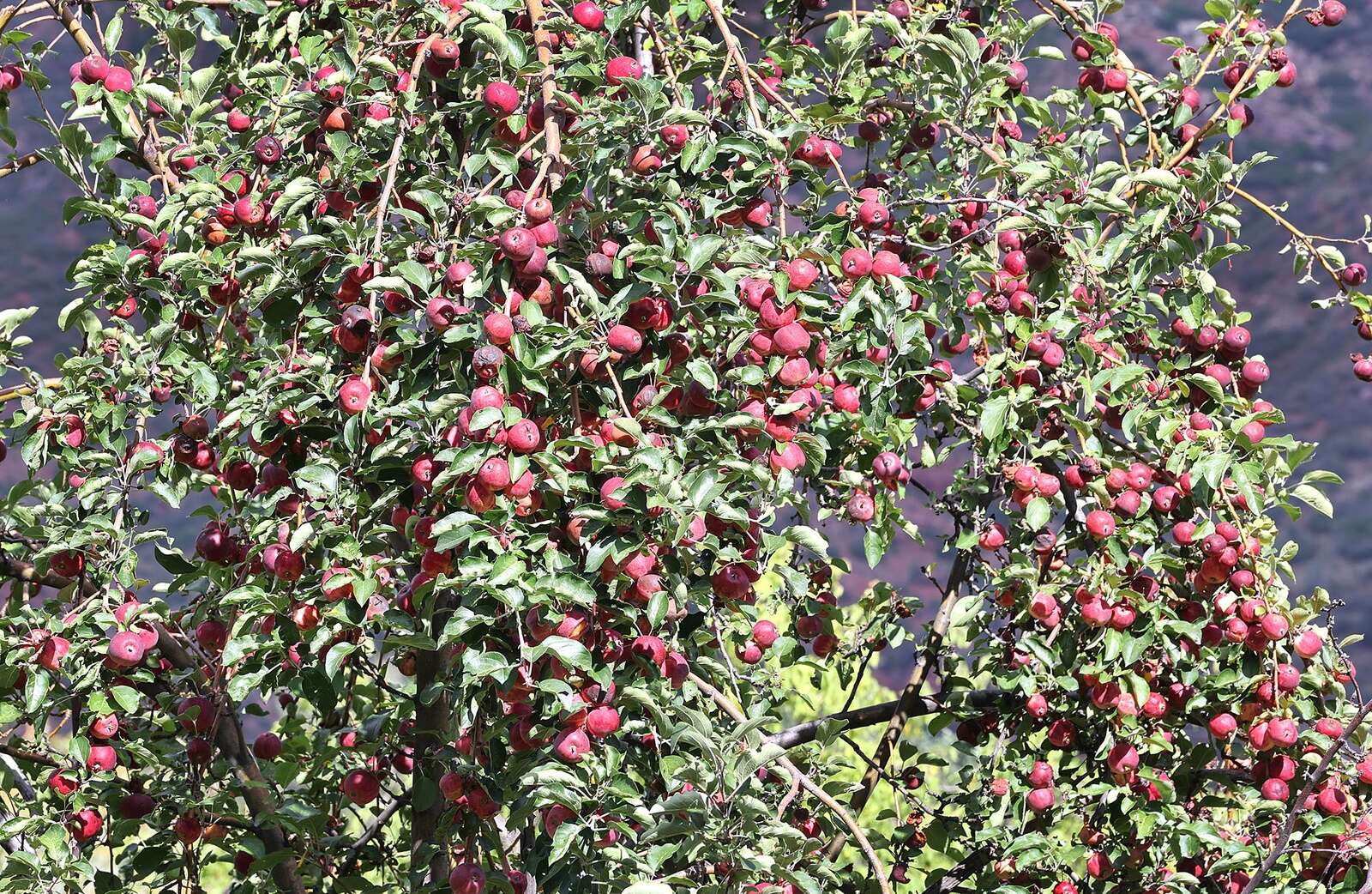 The Good Food Collective’s gleaning coordinators gathered about 630 pounds of apples from just two trees on Friday. Rachel Landis said apples are biennial crops, meaning they produce fruit in “massive quantities” – an estimated 2.3 million pounds during an average season in the Animas Valley watershed – every other year. (Jerry McBride/Durango Herald)

Apple, peach, plum and pear trees in the Durango area and the Animas watershed have been well watered over the summer, and it shows in the amount of fruit they are producing, according to members of The Good Food Collective.

Rachel Landis, director of the collective, said apple lovers of the Animas watershed are in luck this year and should be excited.

She said The Good Food Collective’s gleaning coordinators gathered about 630 pounds of apples from just two trees on Friday. She said apples are biennial crops, meaning they produce fruit in “massive quantities” – an estimated 2.3 million pounds during an average season – every other year in the Animas Valley watershed.

It has been a good year for fruit harvests thanks to how much rainfall the area received, she said. As of Sunday, 5.7 inches of rainfall had been recorded at the Durango-La Plata County Airport, according to the Grand Junction office of the National Weather Service.

Landis said she can almost taste the water in fruits she’s picked. They don’t have the same concentration of sugars that they usually do, making them less sweet than in previous years.

“The biggest thing for most of our stone fruits here is when our last frost takes place in the springtime,” she said. “All the fruit trees set their buds and their flowers and that’s when those ultimately become fruit.”

If an unexpected late-spring frost hits fruit trees after they’ve started budding, one’s entire crop is at risk of being trashed, she said.

“That’s kind of what we saw in some of our lower-lying colder areas here in the county and also in Montezuma,” she said.

“Frost is the name of the game for all things apples,” she said. “… A lot of the old-timers will say your fruit isn’t good or your apples aren’t good until the first frost hits because the apples will drop their sugars. And it makes the fruit really tasty.”

Landis said if people want to try fruit harvesting for themselves, they can learn more at The Good Food Collective’s online fruit gleaning guide and program.

“Right now, I think there’s over 150 trees listed,” she said. “These (belong to) members of our community who would love for people to come pick their fruit and put it to good use. If someone wants to get in on this amazing fruit year we’re having they can go to our website and check that out.”

The collective also hosts a weekly community harvest where staff members will supply gear and teach attendees “the wise ways of how to pick fruit,” Landis said.

“You can take home as much as you want and the rest gets donated out to food banks and food pantries in our area,” she said.

And then there is the 14th annual Apple Days, “a beloved community tradition” at the Durango Farmers Market, scheduled for 9 a.m. to noon Oct. 8, she said. Starting on Oct. 1, the collective will host two apple harvests per day. The invitation is extended to “everyone and anyone,” she said.

“We are just going out to all the backyard fruit trees and all the abandoned orchards we can find to gather up as many apples as possible. This year, our target is 4,800 pounds of fruit,” Landis said.

“I know it helps their (the farmers market’s) farmers out a lot. They get good traffic that day,” she said.

Landis said all of The Good Food Collective’s resources online are in both English and Spanish and she hopes people will feel welcome to join the harvest regardless of what language they speak.

“Sometimes at face value, you’re like, picking apples, that’s cute,” Landis said. “But what we’ve learned is how much it’s this really amazing way to connect with people and this incredible place we live.”